There seems to be no respite for school children in Malala Yousafzai’s home province of Khyber-Pakhtunkhwa. Days after the 17-year-old received the Nobel Peace Prize for advocating girls’ right to education, the Taliban launched the deadliest attack in Pakistan’s history, killing at least 148 people, including 132 children, at a school in Peshawar.

The people of Pakistan are shaken, angry, confused and fearful. The government just lifted the moratorium on the death penalty. And yet the attack in Peshawar will not be Pakistan’s 9/11 moment.

Terrorist attacks against schools in tribal areas are an old story. Muhammad Khorasani, the spokesman of the Pakistani Taliban (also known as Tehrik-e-Taliban), said the Peshawar attack was retaliation for the deaths of civilians killed in Operation Zarb-e-Azb, an anti-militancy campaign the Pakistani military started in June. Whatever measure the government takes, the militants seem undeterred.

Another, and greater, problem is that the Pakistani government is fundamentally ambivalent about the need to eradicate all militant groups. The National Counterterrorism Authority, the agency tasked with coordinating the government’s antiterrorism policy and its implementation, has been largely ineffectual. Just this week a court granted bail to Zaki-ur-Rehman Lakhvi, the suspected mastermind behind the 2008 terrorist attacks in Mumbai. Although Prime Minister Nawaz Sharif and Gen. Raheel Sharif, the army chief, have promised to go after all types of terrorists, no such consensus actually exists within the government.

Rather, Pakistan’s leaders want to keep at least some militants around to fight India and re-establish some influence in Afghanistan. Even as the Pakistani military was conducting its anti-Taliban offensive in North Waziristan in recent months, it refrained from going after the Haqqani Network, an insurgent group that staged several attacks in Afghanistan this summer, or the thousands of militants in Punjab and Sindh who the military thinks might one day serve as proxy fighters against India. 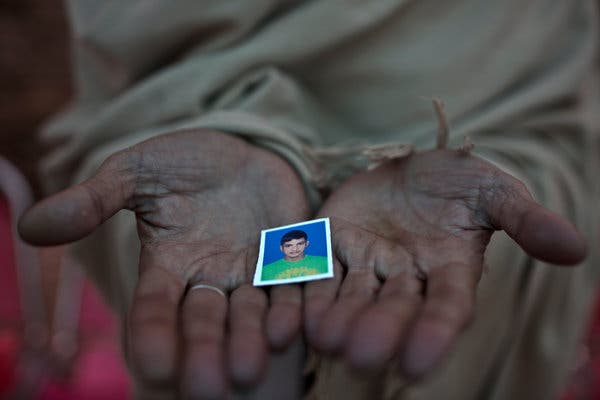 One popular narrative distinguishes these various terrorist groups according to three broad categories: those fighting other sectarian groups in Pakistan, those fighting in Afghanistan and those fighting in India. But these differences are illusive. Lashkar-e-Taiba, whose primary purpose is to challenge India’s control over Kashmir, also calls for jihad generally: Its supporters leave graffiti in streets throughout Pakistan calling for war against the United States and the West. Sipah-e-Sahaba, Lashkar-e-Jhangvi and Jaish-e-Muhammad are revivalist Sunni groups that call for the establishment of a Shariah-based political system, but they multitask, too.

All are tolerated by the government. Jaish-e-Muhammad, which is known to cultivate links with Al Qaeda and the Taliban, is allowed to run madrasas in South Punjab and to produce literature that calls for killing religious minorities and burning alleged blasphemers. Hafiz Saeed, the leader of Lashkar-e-Taiba, has appeared on television advocating jihad against India.

The party of Prime Minister Nawaz Sharif, the PML-N, is accused of maintaining close ties with the leaders of Punjab-based militants. The opposition PTI is seen as a Taliban sympathizer: Its leader, Imran Khan, said at a political rally earlier this year that the Taliban “did not want to enforce Shariah in the country at gunpoint,” but “wanted to liberate it from the U.S. war,” according to Dawn, a Pakistani newspaper. The power base of the PPP, the social-democrat party of the Bhutto-Zardari clan, includes right-wing politicians and their militant partners in the southern province of Sindh.

More important, none of these political actors has the strength to challenge the military’s policy of tolerating terrorist groups that are hostile to India. The army’s position seems not to flag even after Taliban attacks against the children of military personnel: It is simply too apprehensive of India’s growing contacts in Afghanistan, and thinks that having militant proxies in Afghanistan is the only way to influence Kabul’s political future. (Gen. Pervez Musharraf, the former military dictator and president, has even blamed India for the killings in Peshawar.) But this run-with-the-hare-and-hunt-with-the-hounds approach has allowed Al Qaeda to reinvent itself in the region. The head of Al Qaeda in the Indian subcontinent reportedly is an Indian who trained in Pakistan and Afghanistan with terrorist groups friendly with the military.

When Pakistan’s leaders profess helplessness in the face of the country’s militancy problem, they tend to bemoan institutional limitations: Pakistan’s judiciary and law enforcement are not designed, equipped or prepared to fight extremism. But that argument skirts the central issue, which is that the attitude of the power elites toward terrorist groups is opportunistic. If Pakistan wants to save its children from death and destruction, its leaders will first have to agree that the primary threat to the state is militancy, in any version.